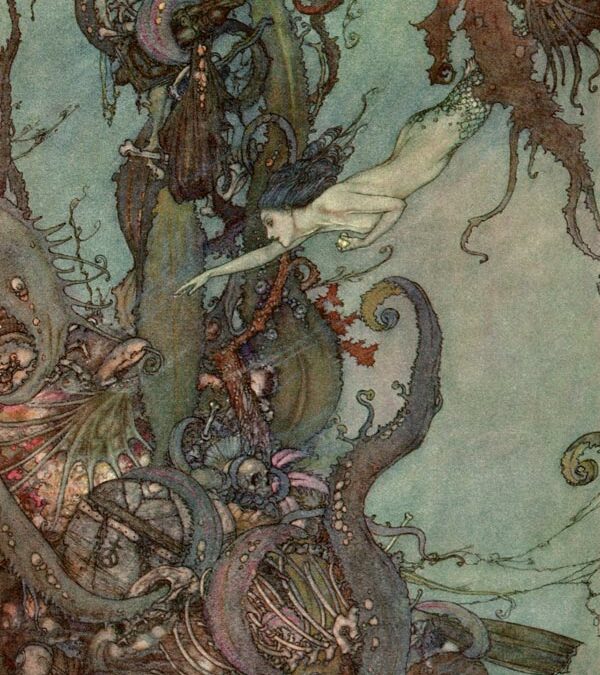 I doubt his oar had ever smote the wine dark sea
when Homer, or whoever, wrote The Odyssey,
nor had he spent a golden hour
in the garden of a god.
And so the ‘epic’ reads like virginal fantasy—
fetish the clever, fever of stolen power;
blind the warden; kill the guard.

Imagining welcome into Circe’s bed,
we drink the wine and become her pigs instead.
Penelope, the tragic fool, is true
but man is only Odysseus in his mind;
we are “Nobody,” and our Penny
has likely wished us dead—
more so if she knew.
The full-blood sons of Zeus no one can find—
though bastards many.

We are no captains, nor were meant to be;
we are the extras, swallowed by the sea
or fed to Scylla—known only by the name
of the monsters that devour us.
We will not hear the mermaids singing each to each
nor would they sing to you or me.
Our ears are stopped; we row among the shamed
unfit for tongues of flame and powerless
against the fish-wives’ seaworm speech.

*Obvious references/borrowed lines from both Homer and Elliot. Credit where credit is due.