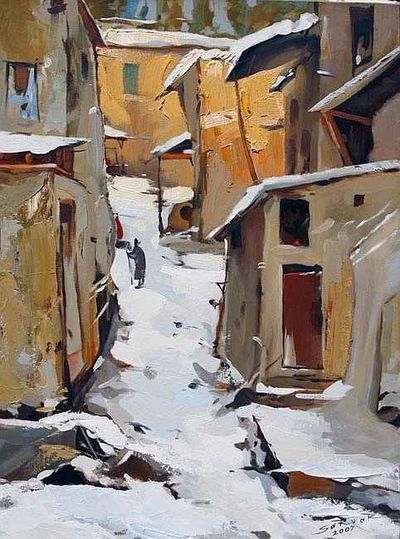 Those who have ears to hear, let them hear.
A boy saw his young neighbor steal his bike
so he followed him home to put the fear
of God in him. But the house was much like
his own, only it seemed colder, no coal
for winter, and the man who opened the door
made his son return the thing he stole
with white eyed tears and would have offered more
if he could. When the boy told the tale to
his mother, she halved the Christmas feast
and sent him back to the house with what few
dollars she could spare for even the least
of these. She worked without regret or frown;
though the poor suffer, they receive a crown.