A Closer Kind of Warm: a break-up-with-summer song 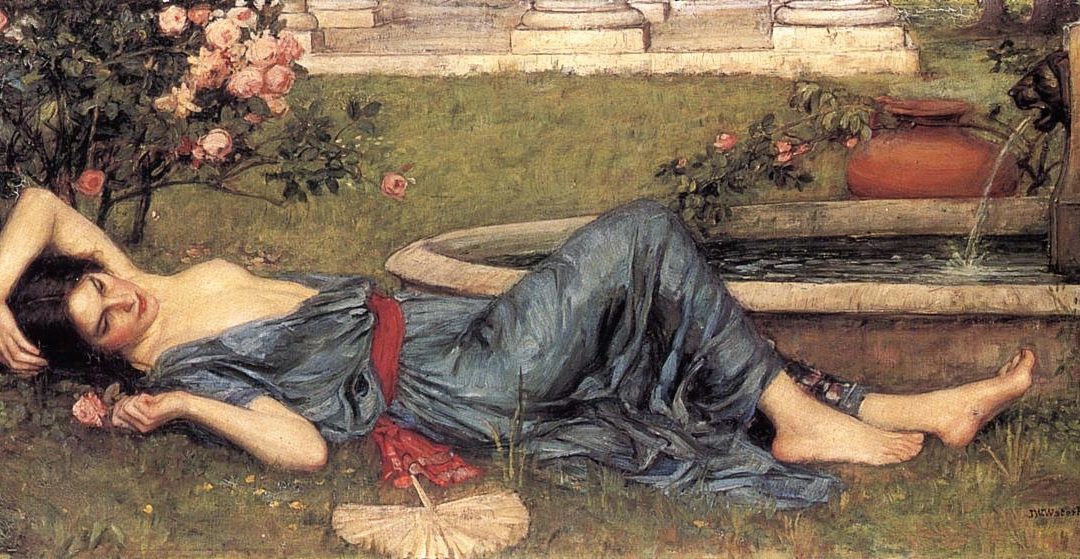 The tyrant sun with unforgiving light
bends the boys and girls like the August wheat.
He makes them strip their clothes and beg for night
like mountains made immodest in the heat.
Rustling in a windless night, they seethe
and sweat in anguish—should they cut their hair?
The girls use ties to let their shoulders breathe;
like withered leaves they crave October air.
Damp beneath our bed-sheets, this torment earns
relief from the sun, who, like a distant god,
gives life yet indiscriminately burns.
The brute Summer rules with an iron rod;
is it odd then that we should long for cold,
for the comfort of a fire in the storm,
the lesser flame of a human hand to hold?
We ache for this: a closer kind of warm.

Other poems about summer from Moss Kingdom:

A Closer Kind of Warm: a break-up-with-summer song, The Leaves Remember, August’s End, All This Juice and All This Joy, To the Grasshopper and the Cricket by Leigh Hunt, A Seduction: in Four Seasons