A Sound of War in the Camp 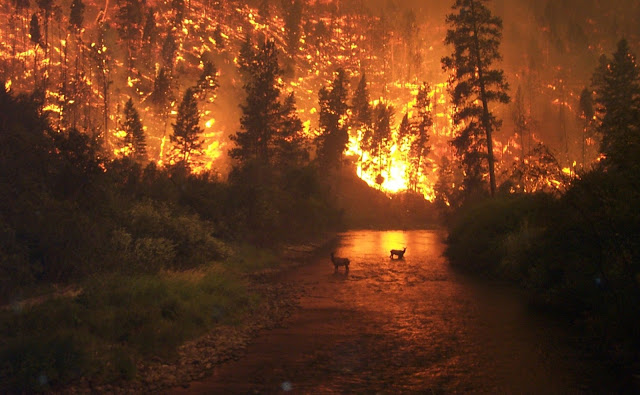 His finger carved a sentence from the stone
and the command carved a people from the whole.
But they spilled an ink that settles in the bone
when they ignored the scribblings of the scroll.
While people beneath were busy fouling
souls, casting a god they could not offend,
the lightning shrieked and then the growling
thunder spoke of this dear world’s end.
The mountain’s knees were swallowed in the smoke,
but, from the shadows beneath, the echoing sound
of victory, or singing, or defeat broke
through, and He turned to burn that forest to the ground.
But the stuttering Egyptian on his blackened knees
begged mercy from the God of plagues and parted seas.