Noah Wakes from a Recurring Nightmare 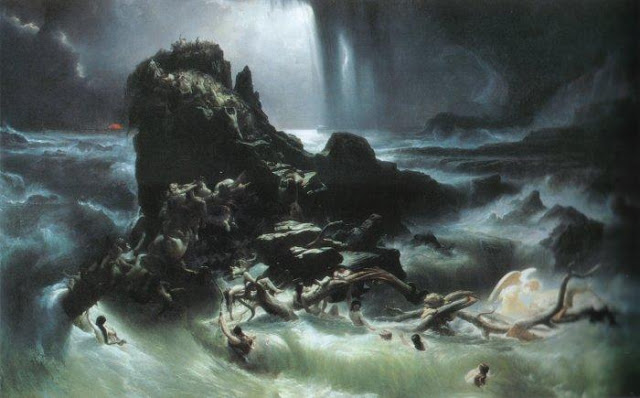 Before the earth was swallowed up in sea
Noah barred the doors and all skies darkened grey,
for once the gate was shut, he heard no beggar’s plea;
to flinch at life’s last moment could not the hammer stay.
Did he hear their clawing hands in his dreams?
The corpse floating with debris against the beams—
perhaps he recognized the woman’s face.
Is it any wonder he wanted to erase
such memories with drink?
But the bodies would not sink.

The village beauty–swollen, naked, and eyeless—
stared into a sky that stared back guileless.
The clouds, once full of wrath and darkest fear,
were emptied and replaced with silent clear.
Noah stood before a land sterilized
as one stands before a Lion—paralyzed.
How to live with such a God he did not know
but he awoke to the sign of the bow.

The story from Genesis 6-8.