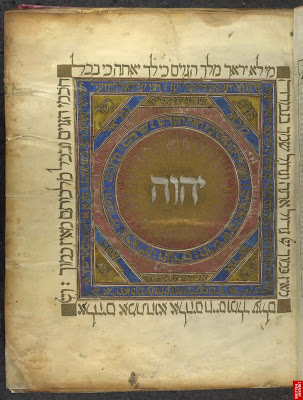 “But, my Lord, who will I say has sent me?”
asked shoe-less Moses on his holy plot,
expecting an answer from the burning tree.
But the cloaking, indirect “I Am” is not
a name but a refusal to be named—
words that reveal as much as they obscure.
For such a being never can be tamed
by mantra or by moniker, be sure.
Still he descends the invisible throne,
paints himself with imperfect metaphor—
the unknown, and unknowable, made known.
The Shepherd, King, Priest, Rock, Friend, Spouse, and Door.
Words fail, so he claims, “I am who I am.”
“Know me. I am the Lion and the Lamb.”


This poem was written as a reflection on Exodus 3:14 in which God tells Moses that his name is “Yahweh.” The name has been notoriously difficult to translate and I see in it a very incomplete answer. In the same way that I hardly know a person simply by knowing their name (I work as a substitute teacher and learn dozens of names in a week–but I do not imagine that I therefore ‘know’ all of the students). But I also see in the name that God provides an invitation into a relationship through which the character of God will be revealed by his actions on behalf of Israel. The name is given even fuller expression and meaning in Exodus 34:5-7 which reads:

Then the LORD came down in the cloud and stood there with him and proclaimed his name, the LORD. And he passed in front of Moses, proclaiming, “The LORD, the LORD, the compassionate and gracious God, slow to anger, abounding in love and faithfulness, maintaining love to thousands, and forgiving wickedness, rebellion and sin. Yet he does not leave the guilty unpunished; he punishes the children and their children for the sin of the parents to the third and fourth generation.”

The name of God, first revealed to Moses, is not completely fulfilled until the coming of the Messiah who was the exact image of God in such a way that Jesus could claim that those who knew him knew the Father as well.

C.S. Lewis’ Footnote to All Prayer is a sonnet that addresses a similar concept.