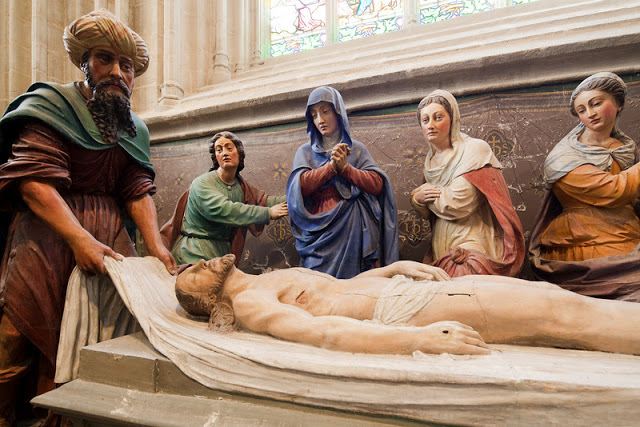 Is this the one who would lay final claim
to Great David‘s old imperial throne,
whose touch has cured an army of the lame
but crawled our cobbled streets to die alone?
Is this the “Coming One” we thought would reign,
his head with glory’s golden laurels crowned?
Is this the one who breaks the Roman chain,
whose body lies like spit upon the ground?
It’s rumored he turned water into wine
but no friend came to quench his final thirst.
If he were “The One” could he deny us this sign,
“Come down from that cross; prove you are not cursed”?
We would have made him King, the prince of the Jews.
But he refused. How could he dare refuse?

This is a sonnet I wrote for the Saturday after Good Friday, the day even Jesus’ closest followers became the darkest skeptics, before any ear had heard of Easter.