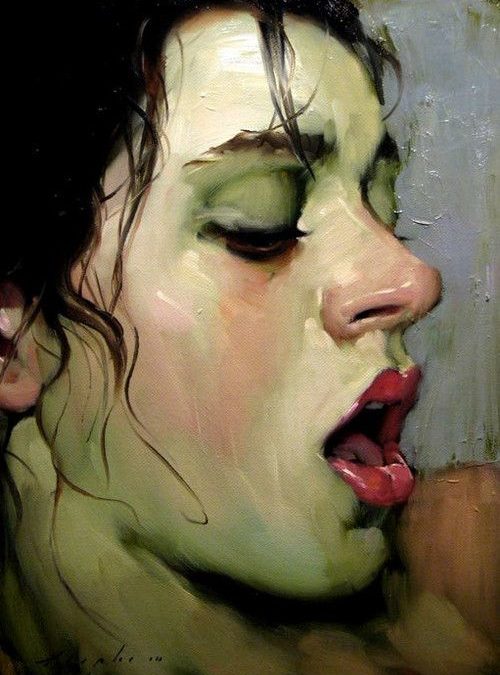 The body delights in its own travail,
both teased and tortured by a pulsing strain
with claws of pleasure resembling pain.
She prophesies but cannot pierce the veil;
she approaches but cannot breach the pale.
The end she sees and struggles to obtain
with breathless whisperings both profane
and full of God, both powerful and frail;

these gentle curses make and mar the script.
Blushing with half delight and half despair
her whimpers catch on pressed and purpled lips
while she draws fitful clenched half-breaths of air
and, silent, begs the coming moment to eclipse
with frenzy the unbroken rhythm of that prayer.

Other love poems here on Moss Kingdom: Love is Not All by Edna St. Vincent Millay, Paper Hearts, Les Bijoux by Charles Baudelaire (translated by Jacques LeClercq), A Seduction: in Four Seasons, La Petite Mort: a breath of agony, Sonnet 28 from “14 Lines”, Elegy 20 To His Mistress Going to Bed by John Donne, Non Sum Qualis Eram Bonae Sub Regno Cynarae by Ernest Dowson, Roll On Columbia: a sonnet for our tenth anniversary.